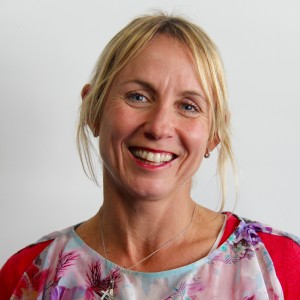 A lawyer by profession, Justine has always had a strong social conscience which she attributes to her parents and the values they instilled in her during her childhood. Founding a charity however was not at the forefront of Justine’s mind when starting her own family in 2004. Coming from a family of 4 children, Justine thought having 4 of her own would suit John and her perfectly. After the birth of her second child, Justine was loving the trials and tribulations of motherhood when life took an extremely unexpected and confronting turn. Justine’s second child, Olivia, was diagnosed with a rare disease called Lymphatic Malformation. It was at such a developed stage that, despite receiving the best possible treatment from the medical staff at Sydney Children’s Hospital, Olivia died at the age of 8 and a half months, only 2 weeks after being diagnosed.

In the deepest darkest moment that a parent can experience, Justine and John threw themselves into creating Touched by Olivia Foundation as a legacy to their baby daughter. Its core focus would be to alleviate hardship experienced by families whose children suffer on a daily basis. Justine counts her blessings almost as often as she counts her children and is proud that Olivia is sister to 4 siblings – Will, Gabrielle, Isaac and Henry. Justine incorporates the values of Touched by Olivia into her children’s everyday lives, placing particular emphasis on inclusion and acceptance of others.

Justine divides her time between her family and the Foundation and attributes the Foundation’s success to the amazing support she received from family and friends. In her ‘spare time’, Justine enjoys watching her children play sport and ensures that she finds time to exercise, enjoying triathlons and long distance running. She attributes her never give up attitude to her Queensland upbringing and although not a great supporter of Rugby League (unlike her tragic Wests Tigers’ supporter husband), she does enjoy when the Maroons smash the Blues in the State of Origin.